Have you ever heard of the world’s most expensive car companies Bentley and Bugatti? Whose cars are at the forefront of luxury in the world. Only the richest people in the world can buy this car. 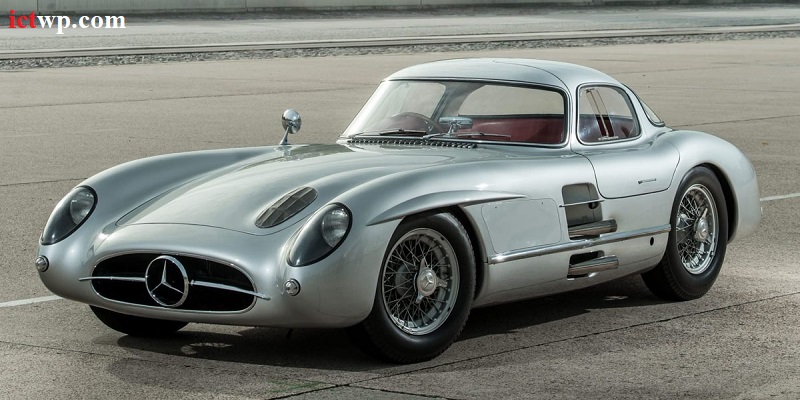 But a shocking news came to the world this time. Will you hear that news? Mercedes Benz, a multinational luxury car maker, lost to these companies in terms of price. One person bought a Mercedes car at a recent auction for more than 950 million. In Indian currency the amount is about Rs 1,105 crore. Listening to the amount of money is like eating vermin!

The car pictured is a 1955 Mercedes Benz 300 SLR Olienhout Coupe model. Only two prototype models of this car were made by the company’s racing department. The car was named after chief technician Rudolf Olienhout. The car was secretly auctioned off at Mercedes’ exhibition hall in Stuttgart, Germany on the 5th of this month. There, a millionaire got the ownership of this rare car for the same amount of money. Although his name was not released for the sake of confidentiality.

The auction was confirmed by RM Sotheby’s. A 1955 Mercedes-Benz 300 SLR Olienhout Coupe car was sold to a collector for. 13.50 billion, they said. The most auctioned car in the world so far was worth 800 million. But this time everything has faded away and the Mercedes Limited Edition car worth ৯ 950 million has gone ahead.

For many, the name of the owner of the car bought for more than a lifetime will be immortalized in the history of the company. But the irony is that the new owner will not be able to decorate his garage with the car. He can’t even take it out on the street every day. According to the agreement, the car will be kept in the exhibition hall of Mercedes in Stuttgart, Germany as before. The new owner will be able to drive the car, but only in Kale Vadra. The money from the auction will be used for public welfare, Mercedes said.