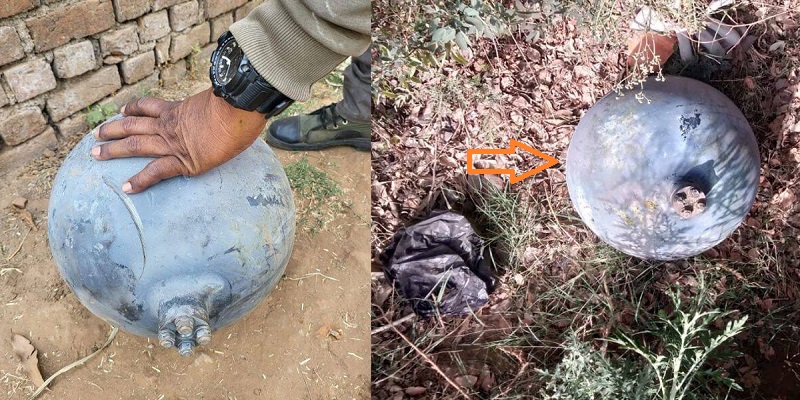 As the three villages are very close to each other (located within 15 kilometers of each other), this incident has caused panic among the villagers. Police are already investigating the whole matter. Members of the FSL or Forensic Science Laboratory have also been requested to investigate.

The incident started on Thursday afternoon at 4-45 pm. At that moment, a large black metal ball weighing about 5 kg fell on the ground of Valej village. Soon after, the residents of Khambolaj and Rampura villages witnessed the same incident. In the last two villages also mysterious metal objects fall from space. Although no casualties were reported, the fall of such metal objects from the sky has created tension among the villagers.
As soon as round metal objects hit the villages, the residents took the matter to the local police. After that the police reached the spot and focused on the investigation. After a preliminary investigation, Anand police superintendent Ajit Razian came to know that the mysterious metal objects found in the three villages were nothing but rubbish of satellites or artificial satellites. However, police are still unsure about the exact type of debris they received from the satellite. That is why the FSL has already been notified in the interest of investigation.
It is to be noted that the members of the Forensic Science Laboratory informed by the District Police have started the search and the correct explanation of the incident can be found. Moreover, the FSL investigation will be important in the case of police investigation. However, before the FSL members arrived, Anand district police were trying to understand the whole incident, Superintendent of Police Ajit Razian told media. At the same time, the police have advised the local villagers not to panic.